Saying Goodbye to Our Dog 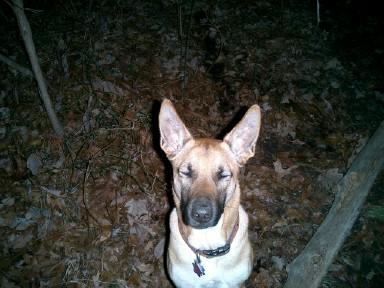 “Until one has loved an animal, a part of one’s soul remains unawakened.”

Our kitchen table is back in the kitchen. The screen door on our back porch stays closed. I don’t scurry downstairs to turn off the alarm in the wee hours of the morning. Things are back to normal.

Except they aren’t. They never will be.

We incrementally changed our lives to accommodate our aging dog Zoe, which was at times frustrating for all of us, but never burden. She was such an integral part of our family, and deeply seated in our hearts. She passed away March 17, 2016. She was 14 years old.

I haven’t felt this sad in a long, long time.

I’ve had to euthanize pets before, but this was different. This was planned, and it felt brutal.

We celebrated Zoe for days before, knowing full well it was time. She ate cheeseburgers. When I came home on that last day, she was outside playing with Denna and the boys. She greeted me with wagging tail, then slipped around the side of the house, and we wound up walking up the street, crossing at the crosswalk, and back down the other side. She struggled, but it was her choice. She led, I followed. She stayed on the sidewalk, no leash necessary. Like always.

If you’re uncomfortable with reading about the death of a dog, you’ll want to stop here.

At some point we had hauled her favorite futon down to the first floor so she didn’t have to climb the stairs anymore, and that’s where we said goodbye. Our wonderful vet and her tech came to us. Zoe always hated the vet’s office (not the vet) and we wanted her final moments to be peaceful.

Our vet asked if we wanted to put a blanket down. She said sometimes an animal’s bladder will empty during the process.

The futon belonged to Zoe, and we didn’t really care, but…

Zoe’s ears perked up and she slipped clumsily from the futon. My heart snapped. I thought maybe she wasn’t ready, that the whole thing was a mistake. I followed her as she scurried through our front room. She led me through the kitchen and our back room, stopped at the back door, tail perked slightly. Zoe looked at me, and though I thought perhaps she would run away, I opened the door.

She went to one of her usual spots and emptied her bladder. Then she came right back to me, right back into the house, and right back to the futon. We said goodbye. She was tired and ready.

That’s the kind of dog she was.